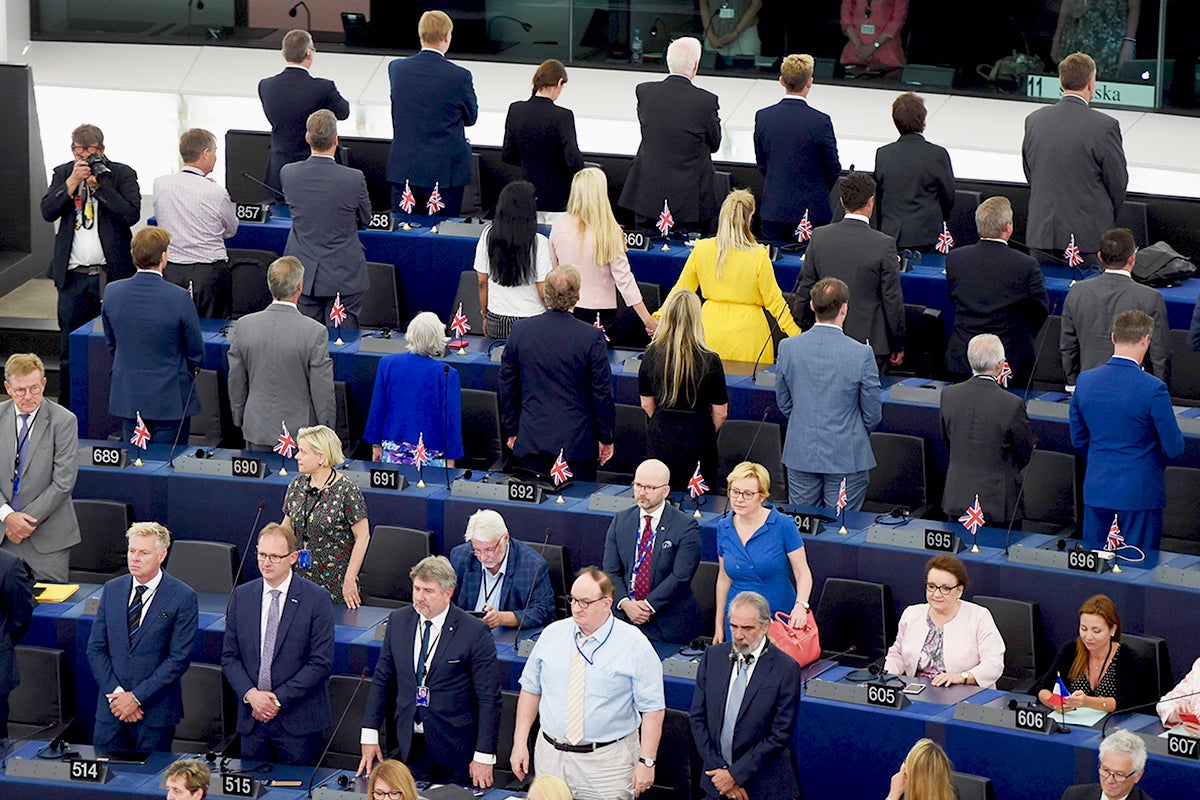 A top member of the European Parliament has lambasted the Brexit Party as “extremists” after they staged a protest in the body’s chamber on Tuesday.

Esteban González Pons, spokesperson for the legislature’s largest group, the centre-right EPP, called out Nigel Farage’s party during a debate.

The MEP said he would never treat Britain with the same disrespect the British MEPs had shown to Europe.

“To the extremists, I don’t know if they’re here today – but turning your back on the European anthem, I would just remind you that we would never turn our back on the British anthem. That’s the difference between us,” he told the MEPs.

Mr Golzalez Pons, a Spanish, added: “I am speaking here as part of a profound pro-European political group, we want to build Europe up from its foundations.”

Brexit Party MEPs turned their backs while the EU anthem, Ode to Joy was playing at the official opening of the parliament on Tuesday.

The protest, which was previously staged by Ukip each year, angered anti-Brexit campaigners, who said the protest was childish and disrespectful.

Some on social media even likened Mr Farage’s party to the Nazis, on the basis that Adolf Hitler’s party once turned their backs during a debate in the Reichstag.