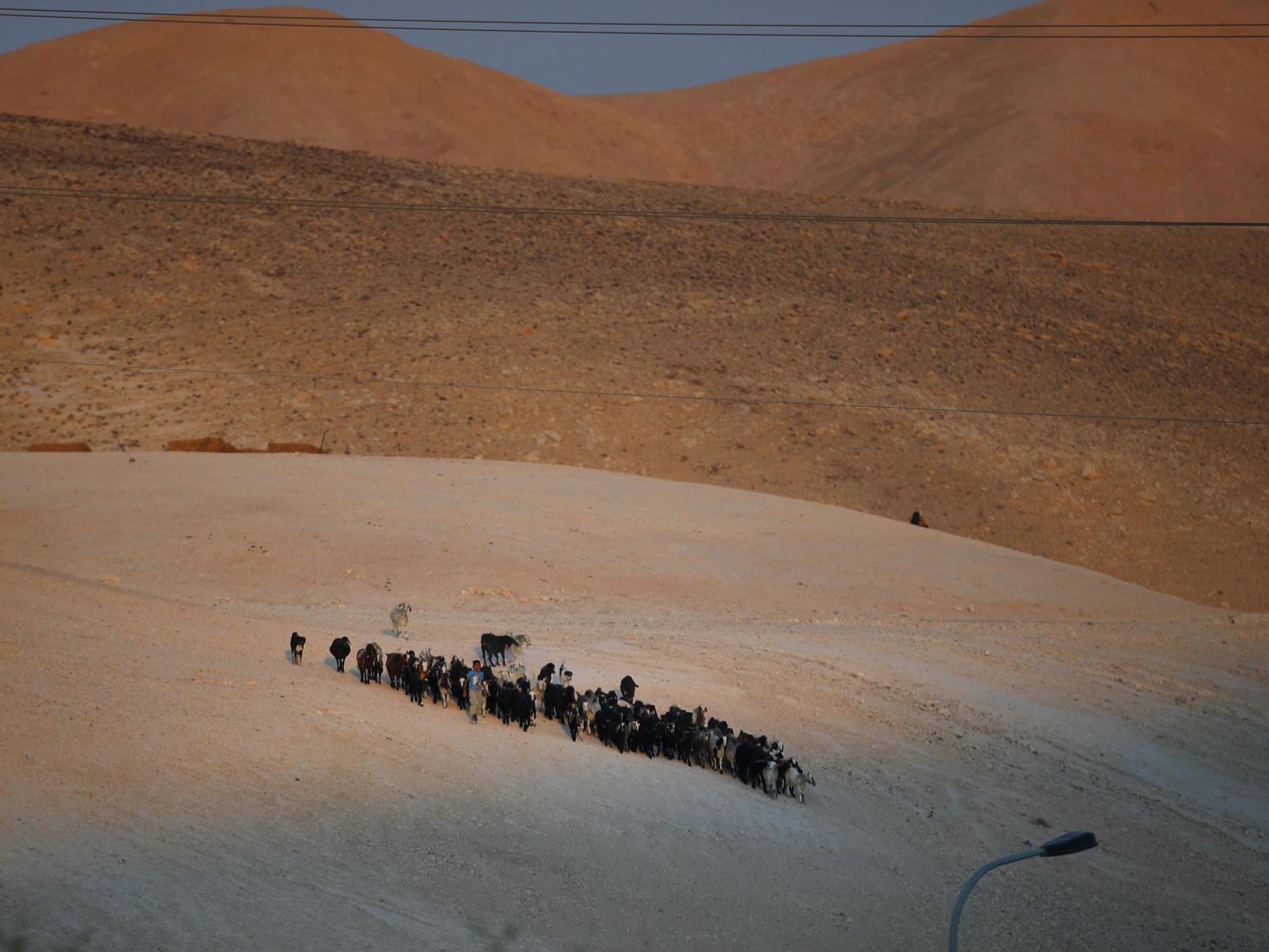 These are the words of a 21-year-old youth researcher from the South Hebron Hills – and they herald a new form of resistance, one that may help to protect vulnerable communities.

The Bedouin village of Khan al-Ahmar, in the West Bank, is currently at risk of demolition by Israeli bulldozers. The UN special coordinator for the Middle East peace process, Nickolay Mladenov, called on the Israeli authorities in September 2018 to halt the proposed demolition, while the UN human rights office has also denounced its planned destruction as breaching international humanitarian law. The Israeli supreme court, however, has defied the UN and twice ruled in favour of demolishing the village. Its fate is now on a knife edge.

The crisis in Khan al-Ahmar has once again highlighted the precarious lives faced by Bedouin communities in the occupied Palestinian territory. Marginalised within both Palestinian and Israeli society, and repeatedly displaced from their lands – the Bedouins in Khan al-Ahmar, for example, originally were expelled from the Nakab desert in 1948 – these communities are fighting for their very survival.

An act of remembering

But perhaps all is not lost. Against this backdrop, some young researchers working in the occupied territory have been developing creative and non-violent ways to help their communities survive by restoring their cultural heritage.

As academic and author Edward Said said: “It is what one remembers of the past and how one remembers it that determine how one sees the future.”

Now, these researchers hope that by taking care of their communities’ heritage they will be better placed to resist displacement from their lands. Aged between 18 and 26, they have been documenting the often intangible cultural heritage of their communities – Bedouin-populated villages sometimes so small that even Palestinian civil servants in nearby Hebron haven’t heard of them.

This heritage is at risk of disappearing under the stresses of the Israeli-Palestinian conflict. Communities such as At-Tuwani, Susya, Al Mufagara and Tuba, in the South Hebron Hills, face eviction as illegal Israeli settlements, guarded by Israeli military forces, continue to encroach on them. Life is hard; residents are restricted from accessing basic services due to the constraints placed on them by the Israeli military.

Given the daily hardships they face, preserving cultural heritage has, perhaps unsurprisingly, long taken a back seat in communities like these. But the young researchers have now collected evidence of songs sung during ploughing or at weddings, and traditional place names, farming practices, crafts, stories, recipes and much more, all tied to their communities and the land. They have used these histories to develop heritage trails, exhibitions and guides in their communities.

While many of these young people previously have been active in initiatives to support their communities, this is the first time they have engaged in a cultural heritage-based approach. And as one researcher from At-Tuwani put it: “The importance of heritage on a political level is that it helps us prove that this is our land and that we own it and we lived on it.”

Bedouin communities in the occupied territory are all too aware of the risks of losing their cultural heritage. They fear that as it is lost, the Israeli government will have more pretexts to displace them from their land. They understand the value of this heritage as both economic, with the potential to provide valuable income in vulnerable communities, and social, sustaining links between communities stretched to breaking point.

Bedouin communities in the occupied territory find themselves disconnected as a result of the conflict. They are prevented from practising traditional cultural practices or from sharing this knowledge with future generations. Old and young have become divided.

By carrying out more than 75 interviews with the oldest community members, the researchers have helped to reestablish these lost connections, revitalising relationships between young and old community members. Sameeha, a youth researcher from At-Tuwani, explained how this process has affected her: “When you speak to an older man or woman in your area and they tell you a story you never heard before … for me that was an amazing feeling.”

To feel pride in your past, to share in the joy of your community’s heritage, is surely an act of resistance in itself. But the youth researchers have also started to forge ties with Bedouin communities in other parts of the occupied territory and Israel. They are sharing their findings and research methods, and learning how these communities have used heritage-based approaches to support their own social and economic development. Together, they are becoming stronger.

Could this approach now help the people of Khan al-Ahmar? The youth researchers have shown how cultural heritage can strengthen communities and their ties to the land they live on. The researchers repeatedly talked about putting their villages on the map, and making them part of a wider Bedouin community which extends through both time (to previous and future generations) and space. They have become visible to local, national and international audiences.

All this provides a platform for solidarity from which oppression can be resisted without violence. Cultural heritage, and the actions taken to protect it, become a resource both to encourage equality and to share a different vision of what life could be in these embattled communities.

Elly Harrowell is a research associate and Patricia Sellick is a senior research fellow at Coventry University. This article first appeared on The Conversation (theconversation.com)