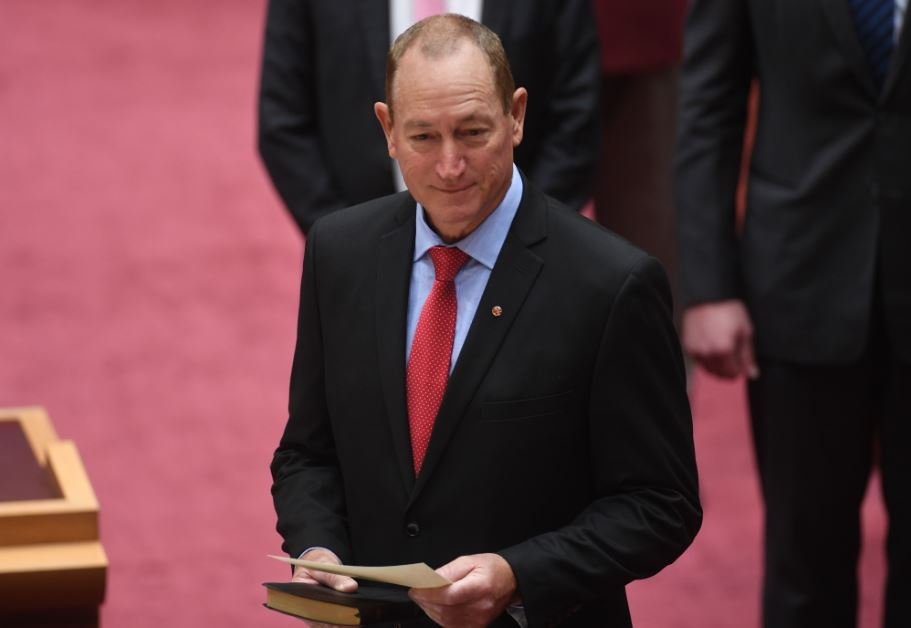 An Australian politician has provoked outrage after using the term “final solution” in an incendiary speech about immigration, in which he called for a plebiscite asking voters whether they want to stop Muslims and those “from the third word” from entering the country.

“We as a nation are entitled to insist that those who are allowed to come here predominantly reflect the historic European-Christian composition of Australian society,” the Katter’s Australian Party upper house MP said.

Mr Anning, who replaced Malcolm Roberts in the Senate back in June, called for “a plebiscite to allow the Australian people to decide whether they want wholesale non-English speaking immigrants from the third world, and particularly whether they want any Muslims”.

“The majority of Muslims in Australia of working age do not work and exist on welfare. Muslims in New South Wales and Victoria are three times more likely than other groups to be convicted of crimes,” he claimed.

“We have black African Muslim gangs terrorising Melbourne, we have Isis-sympathising Muslims trying to go overseas to try and fight for Isis and while all Muslims are not terrorists, certainly all terrorists these days are Muslims.

“So why would anyone want to bring more of them here?”

He went on to state that migrates should learn the English language and embrace Australian values.

“Ethnocultural diversity … has been allowed to rise to dangerous levels in many suburbs,” he said.

“In direct response, self-segregation, including white flight from poorer inner-urban areas, has become the norm.

“The final solution to the immigration problem is of course a popular vote,” he said.

The phrase ‘final solution’ historically refers to the Nazi policy of exterminating European Jews during the Second World War.

Mr Anning’s divisive speech was widely condemned as “vile” with his parliamentary opponents with Senate leader, Penny Wong saying she was personally offended by his remarks.

“My parents were married in the dying days of the white Australia policy,” she said. “We’ve rightly consigned that policy to the dustbin of history.”