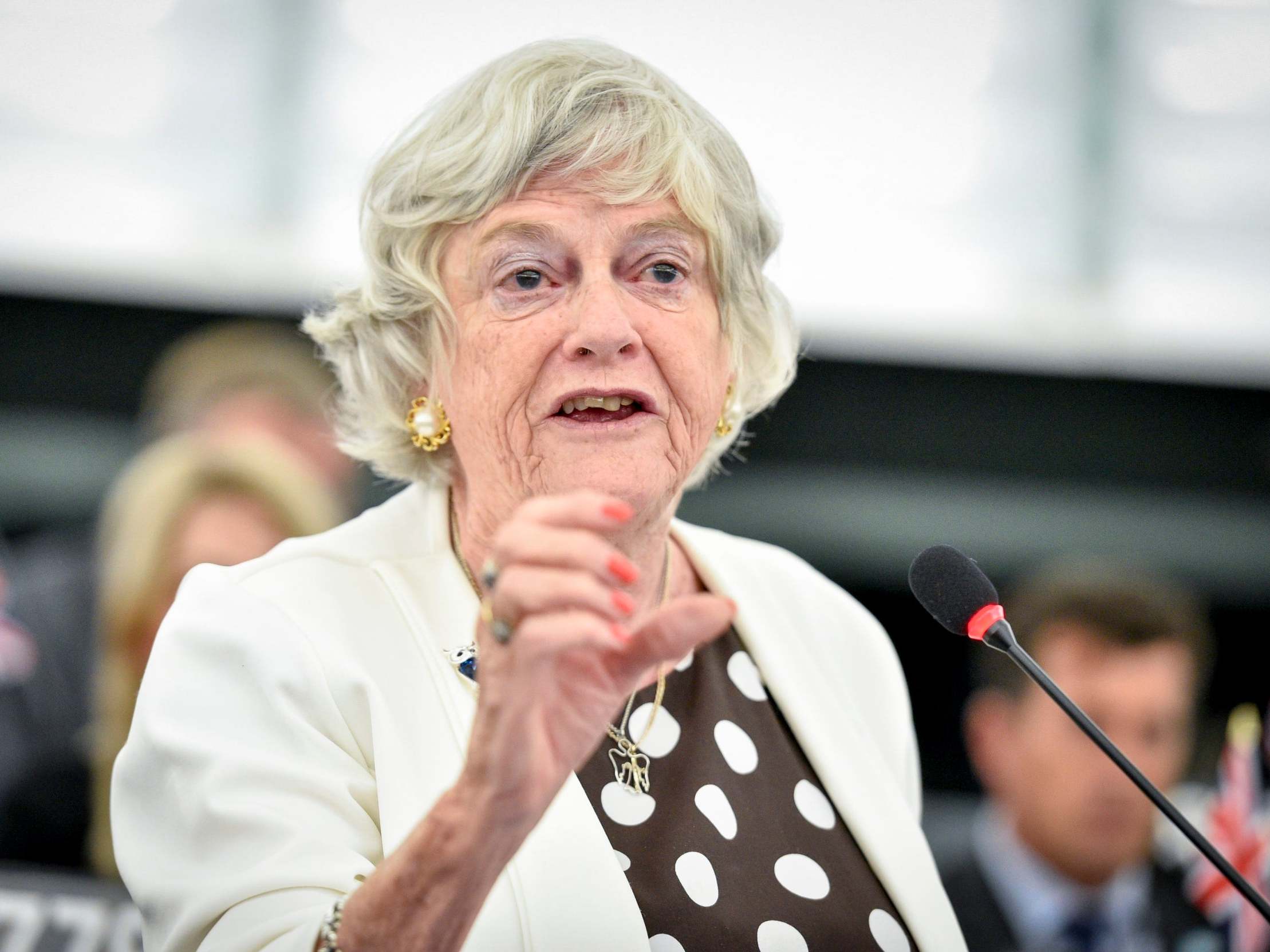 Brexit Party MEP Ann Widdecombe has attracted ridicule after she compared Britain’s departure from the European Union to slaves rising up against their owners.

The former Tory shadow home secretary claimed Britain was “oppressed” and, apparently without irony, likened Brexit to a colony rising up against an occupying empire.

“There is a pattern consistent throughout history of oppressed people turning on the oppressors: slaves against their owners, the peasantry against their feudal barons – colonies, Mr Verhofstadt, against their empires. That is why Britain is leaving,” she told MEPs in her maiden speech in Strasbourg on Thursday. “It doesn’t matter which language you use, we are going, and we are glad to be going.”

Ms Widdecombe, who represents South West England, said it was “a great honour to speak on behalf of the largest single party” in the European parliament – a reference to the Brexit Party’s victory at the EU elections.

MPs and other MEPs criticised the Brexiteer’s comments. Labour MP David Lammy said: “It is impossible to explain how offensive and ahistorical it is for you to equate my ancestors tearing off their chains with your small-minded nationalist project. Shame on you.”

Guy Verhofstadt, the European parliament’s Brexit coordinator, said: “Nigel Farage is facing some stiff competition as chief clown of the Brexit Party in the European parliament. By the way, when Widdecombe talks about ‘colonies liberating themselves from their empires’, is she really referring to the American Revolution of 1776?”

Green MEP Alexandra Phillips said: “Is she drunk? This is beyond embarrassing. It’s this type of behaviour which makes me ashamed to be a British MEP right now.”

Martin Horwood, a Liberal Democrat, suggested the former Tory MP had a waning grip on reality and had embarrassed Britain. “To imply that the United Kingdom is any way in a similar situation to the colonies of our former empire or a victim of slavery is deeply offensive. Widdecombe’s comments trivialise the suffering of those who have experienced slavery and colonialism,” he told The Independent after the speech.

“If Ann Widdecombe had any grip on reality, she would have the sense to look at her own record on oppressing women and minorities when she defended shackling pregnant women and opposed repealing Section 28. Anne Widdecombe has not only embarrassed herself but she has embarrassed the nation she represents. I hope she withdraws her comments and sincerely apologises to all those she has offended immediately.”

Brexit Party MEPs caused a storm earlier this week when they turned their backs on the EU anthem in protest during the parliament’s opening ceremony.

Responding to Ms Widdecombe’s comments, a Downing Street spokeswoman said: “I haven’t spoken to the prime minister about it, but I think it is safe to say that that isn’t a characterisation that she would recognise. Nor is it a phrase she would ever use to describe leaving the EU.”