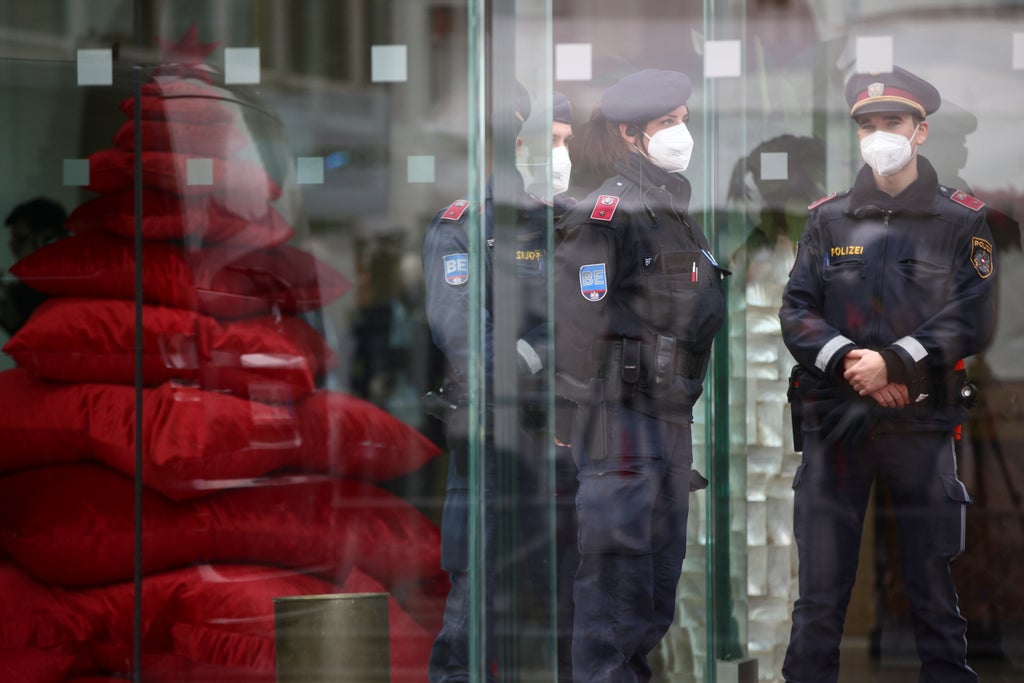 After a five-month delay, Tehran and world powers returned to Vienna on Monday to resume talks  to restore the imperiled 2015 deal that limited Iranian nuclear capabilities but were  subsequently torpedoed by Donald Trump.

Iran’s foreign ministry spokesman Saeed Khatibzadeh said Tehran was “firmly determined” to salvage the deal, with US State Department spokesman Ned Price saying last week that Washington sought “a mutual return to compliance” in what will be a seventh round of talks.

“We are serious about negotiations and reaching an agreement,” Iranian foreign minister Hossein Amir-Abdollahian said in a video posted online on Sunday.

“Let’s get back into the deal,” US lead negotiator Robert Malley told National Public Radio on Friday. “Let’s do it by closing the remaining issues that were left open in June after six rounds of talks. But let’s hurry up because time is not on our side.”

Behind the scenes though, many are sceptical that the deal can be revived.

In the months since Iran, the United States, the United Kingdom, France, Germany, Russia, China and the European Union last met in the Austrian capital to discuss restoring the Joint Comprehensive Plan of Action (JCPOA) that held the Iranian nuclear programme in check, the ground has shifted significantly.

The government in Tehran has changed, with the new hardline administration of president Ebrahim Raisi likely making any negotiations tougher. Iran has upped its programme, expanding its output of nuclear material while stonewalling inspectors seeking more information and access to its sensitive facilities.

Inspectors from the International Atomic Energy Agency estimated earlier this month that Iran’s stockpile of enriched uranium was nearly 2,500 kilograms, more than enough to fuel a nuclear warhead or two if Iran were to break out of its treaty obligations and attempt to assemble a bomb.

The delay has emboldened the JCPOA’s long-standing opponents. Over the weekend, the regime launched a violent crackdown on farmers and environmental activists peacefully protesting the drying out of a beloved and historic river in the city of Isfahan, highlighting Iran’s grim human rights record and the reputational risks of dealing with the country.

American Republicans maintain their staunch opposition to the deal thwarted by their standard-bearer, Trump.  Since the last round of talks, the US administration of president Joseph Biden has grown weaker, with poll numbers sagging and hawkish Republican opponents smelling blood.

“The domestic climate in both Iran and the United States can muddy swift progress,” said Ms Vakil.

Israeli foreign minister Yair Lapid was in the United Kingdom on Monday to lobby the government of Boris Johnson to take a tough stance on Iran, and will visit France to press president Emmanuel Macron later this week. Israel worries that the administration of president Joseph Biden could remove some of the crippling sanctions put in place by Trump in exchange for an Iranian suspension of enrichment.

“Israel is very disturbed by the willingness to lift the sanctions and allow billions to flow into Iran in exchange for insufficient restrictions in the nuclear sphere,” Israeli prime minister Naftali Bennett was quoted as saying during a Cabinet meeting on Sunday.

“The British foreign secretary writes a joint article on the night ahead of the Vienna talks together with a party that from the very beginning put all efforts to prevent the signing of the JCPOA and its revocation and today, too, is the main opponent to the Vienna talks and the revival of the JCPOA,” Mr Khatibzadeh said.

“You come to see that at least some European countries are not coming to Vienna with the will needed for lifting the sanctions.”

Adding to the sense of mistrust, the Iranians have refused to meet directly with American counterparts, instead communicating through European intermediaries, while conferring with their Russian and Chinese patrons. Ms Vakil said a lack of direct contacts was complicating the talks.

“We’ll be in one hotel room, and we’ll be waiting to hear what others, those who Iran agrees to talk to, will report back,” Mr Malley said in the NPR interview. “This is not exactly the way it should be, and we have repeatedly said to Iran – indirectly, since they won’t listen to us directly – that if they want to get results, if they want to get quicker results, the better way is to sit face to face with us.”

A report released Monday by the Tony Blair Institute, a think tank funded in part by Iran’s rival Saudi Arabia, cautioned that Mr Raisi was staffing his national security team with ideologically strident graduates of the elite Imam Sadegh University (ISU), including lead nuclear negotiator Ali Bagheri Kani, who are unfamiliar to the West.

“While observably non-militaristic, the emerging technocrats of ISU are equally ideological, having gone through rigorous selection processes to enrol and extensive indoctrination to graduate,” said the report.