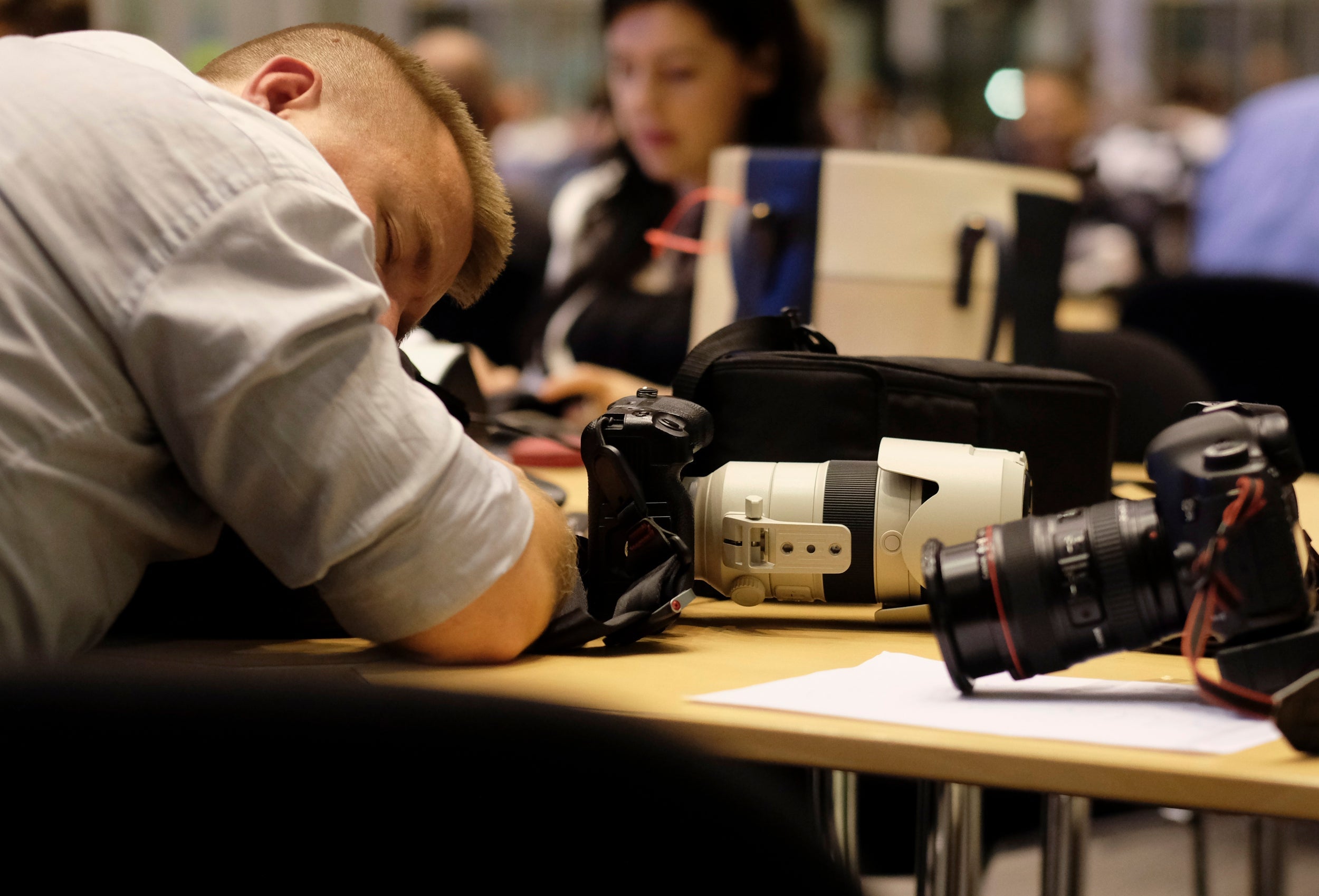 An EU summit to choose Jean-Claude Juncker’s successor and other top Brussels jobs will carry over into an unplanned third day of talks after EU leaders failed to find consensus despite working throughout Sunday night and Monday morning.

The European Council was finally suspended at lunchtime on Monday so that leaders could get some sleep, after pulling an 18-hour shift in the Belgian capital’s Europa building – but it will convene again on Tuesday morning for more urgent discussions.

As he departed on Monday, French president Emmanuel Macron said it was fair to describe the meeting so far as a “failure”, while Angela Merkel told reporters: “If we knew what we had to change by tomorrow we could have just continued. We thought we needed a break and perhaps find new inspiration.”

Though the mammoth European Council meeting in the Belgian capital was formally suspended for part of Sunday night, leaders and delegations used the time for informal bilateral discussions with each other, with officials pulling an all-nighter. After a brief rest they picked up again at breakfast on Monday morning, with a view to filling the EU’s top posts – including the coveted role of European Commission president.

Frans Timmermans, the socialist group’s candidate to lead the EU’s executive, is emerging as the compromise choice for the job – but some central and eastern European countries have set themselves against his appointment.

Mr Timmermans, a Dutch social democrat who has previously criticised Boris Johnson for making “borderline racist” comments, has a reputation for social liberalism and has spooked some right-wing populist governments: including those of Poland, Italy and the Czech Republic.

Leaders are keen to hash out a final nominee for the top post at this summit so they can beat the European parliament to the punch on selecting a candidate – part of the power struggle between the EU institutions. The council’s choice would then be put to MEPs in the European parliament for a confirmatory vote. The new MEPs, elected last month, will sit for the first time in this session on Tuesday. The leaders pledged to return at 11am on Tuesday – meaning they would unusually be sitting at the same time as the European parliament.

Ms Merkel, who is now backing Mr Timmermans for the role despite coming from a different political group, defended the thinking behind his appointment as the meeting broke up.

She appeared to suggest that a majority on the council could, if it wanted to, outvote other member states and put him in office – but questioned whether it would be a good idea. She added that she wanted “as much as a consensus as possible” and said she would not feel comfortable with other member states outvoting the entire Visegrad Group of central and eastern European countries, or Italy.

“The fact is that we need to bring many loose strands together. What we aim for is as much of an agreement as possible, as much as a consensus as possible,” she said.

Mr Macron said the failure to reach a decision reflected badly on the EU. The French president told reporters: “We cannot hold talks with world leaders, in an ever more violent world, and be a club that meets at 28 without ever deciding anything.”

A video of a late-evening meeting on the sidelines of the summit between frontrunner Mr Timmermans and the Bulgarian prime minister, Boyko Borissov, appeared to suggest a compromise was close.

Under the plan, Manfred Weber, the centre-right candidate for commission president, might instead be handed the European parliament presidency, while Mr Timmermans – a former vice president of the commission who speaks seven languages – would take charge of the EU’s executive.

Other top EU posts are also up for grabs at the summit, including the bloc’s foreign affairs chief, and potentially Donald Tusk’s replacement as European Council president. Considering all the posts at the same time allows leaders to horse-trade for them – potentially making breaking the deadlock easier.

Leaders discussed candidates on Sunday night over creamy pea soup and pan-fried langoustine, with fillets of sole and mashed potatoes, followed by a dark chocolate poached meringue and ice cream at the summit’s dinner. The meal started hours late to allow for more one-on-one discussions between different parties to take place.

The main meeting was also suspended a number of times throughout the course of the evening to make time for bilateral chats.

Theresa May attended the meeting, for what is likely to be her last visit to Brussels as prime minister – but played a low-key role in proceedings. The only social media post the prime minister made during the summit was a picture of herself watching the England vs India cricket match.